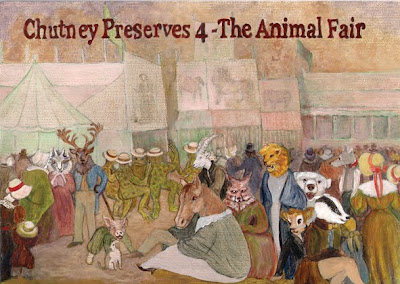 From 1279 until 1855 a fayre was held on Camberwell Green, one of the many attractions was a menagerie of wild animals captured from distant lands. In homage to the beasts of the ancient Camberwell Fayre, artists will create a fair and foul enclosure of luxurious and curious beasts, transforming the Green into a safari park for human animals and their keepers, with beastly goings on, sideshows and a program of performance in ‘the big top’ 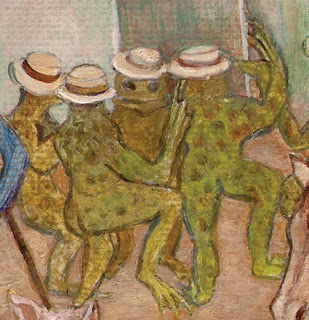 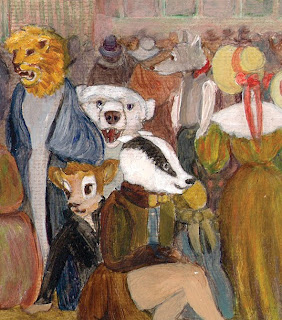 Timetable of Performance in and around the 'Big Top'
(note running order may change)
1.30 -4.30pm
Vanessa Mitter -with James Gardiner - Repetition through voice in word and noise - an animal noise de-constructing communication
Frog Morris - Reading poems he has written about animals
Mikey Georgeson - Mr solo will be manifesting his primordial marmalade whilst counting down to indivisible unity and wonder via pink ukuleles and dislocated antics.
Jessica Marlowe -Animal choir -
Charlie Fox and the Urban Bear Research Centre
Marc Vaulbert de Chantilly will arrive on an epic journey from Marble Arch with his gallows and hang fugitive, criminal animals
5.00pm -
'PEPOMO' with 'ANIMUSIMAL' the PEPOMO group will dress in home-made animal costumes, sing songs, and dance, with live backing music, including adding a new 'exotic' character - especially for Chutney Preserves
6.00pm - assemble outside Captain Magnos Camper Van on the Green -
the intrepid explorer Capt. Magno will present to the general public the last surviving specimen of a nearly mythical beast, recently brought back from his most recent Amazonian expedition. This mysterious animal that has no ears or eyes has yet remained in a state of comatose slumber. It is rumoured that it's only known defence mechanism on being awoken is an extreme form of spontaneous combustion. 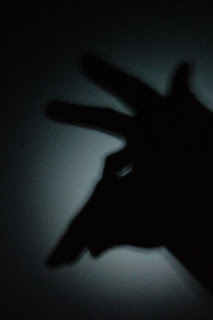 Julian Wakeling -Shadowgraphy
On-going artists performance/ interventions in and around the Marquee and Green in cages, pens and on safari
Rebecca Feiner and Helene Corr with  Worm Charming Olympics, Lord Darwin and appreciation of creatures small
Daniel Lehan - champion snail racing arena
Joanna McCormick and Dido Hallett - Chimeric animal drawings made to order
Miyuki Kasahara - The fox witch  fox will appear with her tube.The tube fox will answer visitor's questions by vomiting coloured stones.
Devyani Parmar - Piggy Bank
Marq Kearey - missing pets - hand made lost dog notices that appear on street corner walls and tacked onto poor unsuspecting council planted saplings on common grounds and parks
Julian Wakeling - displays of shadow, animal puppetry
Libby Shearon - Post spill animals at the watering hole bar
Sinead Wheeler - 'Circe is looking for Love. Travellers to the fair will be offered treats at her table, and a chance to discover their animal destiny.'
Ricarda Vidal and the Animals of BoSs Farm - what does a Greek frog say? -Animal language translation project.
Daisy Delaney - Drive by safari
Ben Woodeson -  Gold Fish Soup. Ben serves cold gold fish soup in honor of Marco Evaristti's gold fish in a blender. The soup will be distributed free of charge!
Rachael House - the Pet-Tastic museum and attractions. Rachael will be introducing the Cynocephalus Nation, and asking ‘Do dog headed people walk among us?’
Charlie Fox and the Urban Bear Research Centre - Turning the tide of ethology, bear and comrades will be sharing the rules and manners of contemporary bear etiquette. Humans will be invited to enter Urban Bear’s special acclimatized tent to share tips on the latest fashion, movements and manners from ursatopia. Debretts meets Selfridges, Urban Bear spares no man or woman in search for answers to animal/human behaviours, in a make-it-up research programme
Frog Morris - reading his animal poems to passers by
Sarah Doyle - Butterlies - The Monarch Butterfly and Illuminati
Linda Barck - Nesting on the green for one day only.The Fantastical, Fanatical, Featherosity Altar.
For all the beaked and feathered creatures, that lives in myth, religion and all those magical and in between spaces, we will pray, offer, worship and confess to you on this one fabulous day.
May the egg be brought safe to the other shore and the birdman live eternally.
Magnus Irvin - Travels with Captain Magno. Part 1
Lady Lucy and Drawing Exchange - Make drawings around Camberwell Green taking 'Animal Farm' as a departure point. No drawing experience necessary - all welcome
COTH - Cult of the Harvester (Sarah Sparkes and Simon Neville) with 'JISM- Conscientious Carnivores Contemplate Happy Meats'
Marc Vaulbert De Chantilly - In the Middle Ages animals were tried in local courts for crimes ranging
from theft and vandalism, to homicide and sexual perversion. Marseilles Lion, Eton rat, and Dodd the Dog. All must hang. Animal Fair, Camberwell Green, Sunday 27 June 2010.
Jo David - Invocation of the Pegasus
Through a series of interventions, an attempt will be made to resurrect, or recreate, the lost ancient symbolic creature.
Calum F Kerr -Dr Gerald Van Elk presents: Are You Wild Enough? Dr Gerald Van Elk is Camberwell’s leading Ethologist. He is conducting a study on the wild behaviour of animals, human and non-human alike on the Green. He will present a short lecture and interview throughout the day the animal menagerie asking questions pertaining to his research and performing tests relating to Aggression; Communication; Group Behaviour; Instinct; Learning and Reproduction.
Please note: Dr Van Elk is NOT a member of the APBC (Association of Pet Behavioural Councillors).
Jacqueline Utley -  brings small enclosures to the green; where tales from past fairs merge with the fictional creating parallel miniature worlds which visitors can help build.
Simon Ould, liam Scully, Vanessa Scully
A Goat 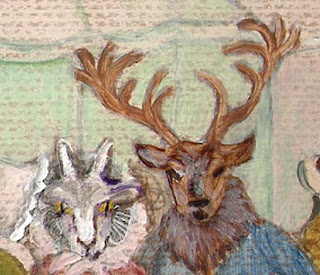 
Posted by The Chutney Preserves at 05:52